Love and other migrations

In her latest book, Leaving New Jersey, Barbara Kamler reflects on her migration from America to Australia, and the impact this had on her life and her relationship with her husband, her son and her traditional Jewish family back home.

Assistant Editor Hayley Parsons interviewed her before her appearance at the 2016 Melbourne Jewish Writers Festival.

HP: Leaving New Jersey begins with the line ‘Leaving is not a destination Fazal says.  It is a process.’  How crucial is this concept of ‘leaving’ to your work?

BK: People often think of leaving a place as a finite act.  I once lived there and now I live here.  As if that movement is final and links with the past are no longer in play.  But it seems to me that for many migrants, in particular, the past is always alive in the present.  Leaving is a process of relocating geographies and it is characterised by mobility, struggle, becoming.  But mobility has unpredictable consequences and is never complete.  If affects those who leave and those who stay.  To capture this fluidity, I set each poem in a different location, across the cities and states of two countries, Australia and the US.  The poems move back and forth over time, place, memory and dreams.  My experience of leaving has always been defined by the tensions between here and there; between the family I left and the one I acquired; between who I was then and who I was becoming now; between memory and experience.  And it is this tension that is central to the poems in this collection. 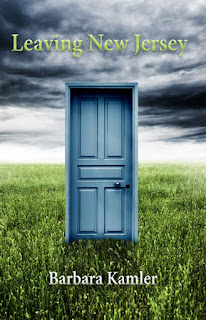 HP: Many of your poems attempt to pinpoint the complicated notion of home.  How did you go about this process in your own mind?  What does ‘home’ mean to you now?

BK: Home is complicated.  It’s not just a place.  It’s never just here.  Or now.  It’s also always there and then and the identities we create in between.  I think my process of negotiating the idea of home has been more intuitive than considered.  I created a scene in each poem, located in different homes over many years and tried to recreate the intensity of feeling in each mini-narrative.  As it emerged, the kitchen table features in many poems—my mother’s embracing table, my father’s interrogative table and my own table, finding my way, feeding others, making a new home. These tables are sites for home, for conversation, for sharing food, in connection with family or at odds, using words or the kinds of silences that swallow and break hearts.

Do I feel at home in Australia now? Yes.  I have always found my way socially, politically, and in my work as an academic writer and  researcher.  But now I no longer feel torn.  Home for me is connection.  It is my sister in New Jersey.  It is the family I have made in Australia.  With my husband soul mate, our sons, their life partners, our grandchildren, and the friends who have become family, both in Australia and overseas. I am fortunate.

HP: ‘Pickle’ addresses the simple language issues that many migrants face in their new place.  What do you think were your biggest struggles as an American in Australia?

BK: I had many struggles in settling in Australia—only some of which were defined by nationality.  As a white, western, educated professional my migration was largely invisible to others.  I have fit in, worked steadily since arrival and not been subjected to racism or even anti-Americanism – at least not to my face.  A difficulty for many Americans is that on the surface things look similar, but they are not.  We share the English language, the arts, sporting culture, a valuing of democratic freedoms, family, commerce and the ‘good life.’  Yet up close things are not the same.  Most Americans I’ve met in Australia have returned ‘home’.  Perhaps the pull of the centre, greater international power, family, the familiar.

Certainly being so far away has been difficult.  The isolation, the feeling of being out of touch, the endless hours travelling back to the US pained me in my first years here.  There were NO technologies then to ameliorate the distance.  No emails, texts, cheap phonecards, Skype, Facebook, Instagram to capture the everyday and share it.  And it did take me a very long time to become an Australian citizen.  In the early years I had to give up American citizenship in order to become Australian.  I had to choose.  I could not do that.  I could not cut those ties, even if I never lived in the US again.  In the 1980s, when the law changed to allow dual citizenship, I could be legally connected to both countries— both here and there.  I have two passports.  I travel a great deal.  Yet when I return to the US and the passport control person says ‘Welcome home,’ I still feel a pang.

HP: Leaving New Jersey addresses many deeply personal and emotional issues.  Did you find it difficult to revisit these?

BK: Yes it has been difficult, but also oddly satisfying and freeing.  It was not easy getting started.  I had been encouraged by many people over many years to write about these issues.  I resisted, said there was not much to tell and even when when my friend Fazal interviewed me to kickstart the process (see Prologue) I was blank.  I could not remember.  That really interested me.  It is a rare moment when I have nothing to say.  So I approached this silence as a researcher, slowly unearthing memories that were hidden or forgotten.  But once I began to write, I could not stop.  People ask me if the process was therapeutic.  For me that’s not an accurate way of thinking about it because I had done a lot of work on the difficult experiences I tell in Leaving New Jersey long before I began to write.  I am open to the emotional life.  I rarely turn away from pain or difficult situations.  So the writing was not therapy per se.  But it was completing.  To write these scenes with a poet’s eye—to write without sentimentality or melodrama and keep the rhythm and images alive has been enlivening.  Often when I finished a painful scene I felt relieved.  OK that’s done.  Finished.  The tight margins of the prose poem have been a saviour- holding in the pain, containing it, helping me capture, complete and move on.  And that has been freeing.

HP: The collection follows a narrative-like journey, encompassing many years and many life events.  What was your process for putting this into words?  What kind of journey did you want to take the reader on?

BK: The thing about the narrative journey is that it appears neat and orderly when written— when in fact living is messy and chaotic, full of angst and confusion, as is writing.  I have ordered the poems chronologically to provide a sensible structure for readers to enter and I have divided the text into four sections to capture the cyclical nature of the journey: Home, Leaving, Arriving, Home.  But I did not write chronologically and the process was not neat.  I wrote scenes as they emerged in whatever order they came.  Often I would wake at 3 or 4 am with a line, an image or a memory.  I would go downstairs to my study and bash out whatever words came— as fast as I could so they would not be lost. Then later, in daylight, the work began: crafting, deleting, slicing back, shaping, rewriting until the experience found its rhythm and form. This often took months.

Once a poem had coherence, I transferred it into the prose poem template I created, so I could see it with greater distance and enhance its poetry.  Still later I took some poems to my poetry group and valued mentors for further critique and cutting, smoothing, finessing.  And so it went.  In the end I hoped to bring the reader inside the specificity of my struggles, and make room for them to find resonance with their own experiences of location or relocation, separation and connection. 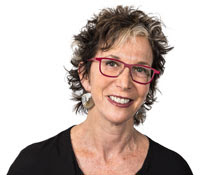 HP: You employ the prose poem form in your collection.  How does this form contribute to what you are trying to achieve in Leaving New Jersey?

BK: The prose poem form has been essential to creating Leaving New Jersey.  Form is not a container for meaning.  It is the meaning.  And so I see the prose poem as not just an appropriate vehicle for my mini-narratives.  It actually made the writing possible. I struggled at first to figure out how to tell the story of leaving as an ongoing struggle between here and there.  I experimented with quatrains, tercets, quintains.  When I took my early efforts to my poetry group they said, ‘there seems to be more to say.’  I added length, numbered my stanzas, but no success until I tried a more continuous narrative form.  My poet critics said, ‘Yes.  Like that.  Do it like that.’  It was pivotal moment.  I am indebted to the talented Australian poet Jordie Albiston, who was meeting with us that day.  She wisely suggested I bring in the margins, limit each poem to one event, with a specific geographic location, time and place.  And I was off.  Only then did the writing begin in earnest.  I read many prose poetry collections, most notably Alex Skovron’s wonderful Autographs.  I inhabited the form, experimented with it and made it my own— episodic, dramatic, filmic, intense.  I have never enjoyed writing so much.  But it is accurate to say that until I found the form, I could not write.  I am grateful to the form for all it has allowed.