Ross Howard is author of Kafiristan, one of our latest releases. A distinguished travel author, Ross decided to turn to fiction for his latest book, set in Afghanistan. In the feature that follows, he explains why.


Kafiristan emerged from the experience of journeys to distant lands where my imagination was tempered by reality and the ability to see things as they are. These were places where power was often exercised by a privileged few. Some were secular dictators others comprised a religious elite. What they all had in common was the maintenance of structures designed to maintain their power. Often through a process of oppression against those who they perceived were a threat.

Kafiristan is also about the strength of the human spirit and the inability of those who thirst for power to extinguish that burning light. We may be of different lands and different cultures, have different beliefs and observe different rituals. But the basic needs of all are fundamentally the same: food, shelter and safety for ourselves and our families. 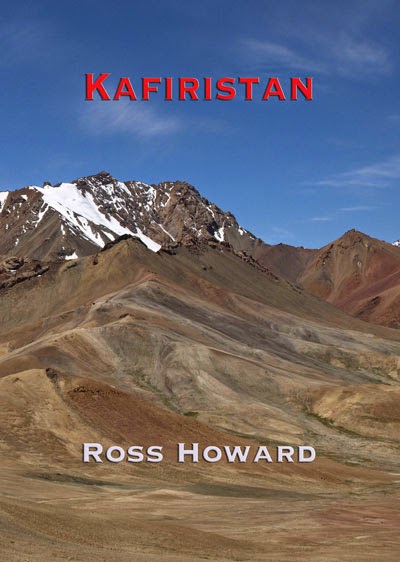 Those in prosperous nations are hardly conscious of such issues. Yet for most of the world’s people, the struggle to meet the basic needs is a struggle that repeats itself every day for most, if not all of their life. The storyline for Kafiristan emerged from observing such struggles and reflecting on the forces that contribute to their creation and perpetuation and the options available to the oppressed and dispossessed to achieve a better life.

Kafiristan draws upon a rich tapestry of experiences: needing to move on quickly due to the unfriendly preachings of the local religious figure, before emerging into the next valley and being entranced by the contrasting friendliness of those you meet. The refugee held in a desolate detention centre in a country they believed was a safe haven from persecution. The family living on less than $2 a day and the elderly couple crouched over the grave of their only son in a cemetery designated for martyrs. They all have a story worth telling and sharing.

The opportunity for the oppressed to speak of the iniquities and inequities is, in many places, limited to contact with the occasional foreign traveller. The contact is spontaneous and sometimes under the cover of darkness. They talk of the actions they would take if the opportunity arose. Sometimes it is one of violent retribution and sometimes it is one of flight.  Others look over their shoulder before speaking and simply say "there is little we can do."

It is said that writing a novel is an indulgence that contributes little to the benefit of mankind. On the other hand, it is possible that some issues are best canvassed in a novel rather than reduced to a self-serving sound grab.

Kafiristan explores several controversial issues of social interest, particularly in today's world of conflicting religious faiths and extremist violence. The expression of these in a non-fictional forum, often leads to them becoming obscured by the outrage of those who believe their beliefs are being questioned or they are being asked for clarification of intent and meaning on matters they believe are truths beyond question. The schism between religious extremists and religious moderates is a case in point, where the latter see their peaceful beliefs in danger of being overwhelmed by vicious extremists. 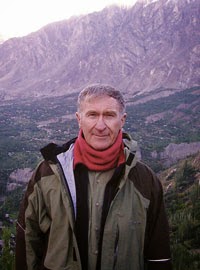 Kafiristan also considers the other side of the equation; those who object to people seeking refuge from persecution by arriving uninvited to our shores. The exchanges involve issues the objectors often don’t understand and just as often don't wish to understand in case such understandings challenge their view of the world. Rather, they begin to act in a manner reminiscent of those from whom the refugees were fleeing.

Kafiristan seeks to place the competing issues within a recognisable social context, drawing on challenges both current and in the recent past. In such circumstances the novel can be a potentially countervailing force that increases understandings.  The novel allows the reader to consider the merits of what they read and make judgements without the issue being obscured by the voice of ignorance or vested interests.

Kafiristan tells of how the exercise of narcissistic power can disrupt the fine balance within a peaceful village.  How a sequence of events leads to violence and the triggering of a response that takes a maturing boy to the other side of the world and the creation of a man who questions the substance of previously unquestioned beliefs, combined with a desire for retribution.

Each element contributes to the mosaic that is Kafiristan.
Posted by IP (Interactive Publications Pty Ltd) at 17:29 No comments: