Elisabeth Hanscombe's 2017 memoir The Art of Disappearing is a challenging and disturbing read on the subject of child abuse from the perspective of a psychoanalyst looking back on her childhood. It's no less challenging for others in the discipline who might question the validity and objectivity of writing this as a memoir.

Christine Vickers' review in the Australasian Journal of Psychotherapy (Vol. 38, No. 2, 2021) tries to come to grips with the professional and personal issues inherent in such an endeavour. 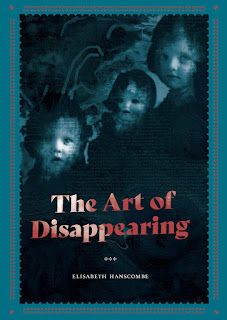 Elisabeth Hanscombe’s memoir is about witnessing and the silencing that fol lows. As a young girl, Elisabeth feared for her life when, night after night, she turned her face to the wall pretending to sleep, hoping to disappear while her drunken father crept into her sister’s bed, in the room they shared. His betrayal and abuse of her sister and Elisabeth’s frozen fear is the backbone of the story. And was it Mother’s complicity that added to the harm already done? The moth­ er who hid herself in novels while her daughters and sons suffered. Elisabeth’s brothers tried to rescue their sisters. And there is the tragic figure of Elisabeth’s     father, whose early promise was derailed by alcoholism. All the while there is the struggle with love. For how can one love another, a parent, brother, or sister, whose life has become so pitiful? But we do. Even if we fear them. Or hate them too.

Some members of the psychoanalytic world would not agree this book should be written, let alone published and reviewed. The author and I both practise psychoanalytically, following Freud’s tenet that the analyst’s abstinence is fundamental to the therapeutic endeavour. The analyst must not intrude into the patient’s world, nor use the patient for his own gain. The therapist’s survival, and presence at each session, as the patient’s object - alive and breathing, as the British psychoanalyst and author D W Winnicott remarked, is essential for the maintenance of the therapeutic space, along with the constancy of the room, the time, its frequency, and the duration of the session. The firmness of the room is, metaphorically, the safe holding space in which psychoanalytic therapy occurs. That and the analyst’s capacity to hear the patients’ minds without drawing them into the analyst’s particular idiom. A memoir written by one in the profession must necessarily be an invasion of that critical boundary, it is argued.

I am unsure. Memory and memoir are subjective; ultimate truth, unknowable. The British psychoanalyst, Paul Williams’s account of a young boy’s experience of parental rejection – he entitled his book, Scum – is a pertinent comparison. Williams enters the mind of his protagonist, haunting readers with his pained, fractured language and distorted ideas. Williams does not describe his work as fiction. ‘The author of the book and the individual written about are not the same person’, he writes in Scum’s prequel, The fifth principle. This is literature, he continues, ‘an account of the methods of a mind in its efforts to prevail in oppressive circumstances’. Memoir may also be disguised as theory. Freud’s     Mourning and Melancholia is his personal response to the savagery and losses of the Great War, and death of his beloved daughter Sophie from the Spanish Flu.

If Hanscombe is exploring an important idea: about abuse, silencing and complicity, then criticism of her methodology might be throwing the baby out with the bathwater; our psychoanalytic selves derailed by vexation over therapist self -disclosure and its potential to interfere with the patient’s freedom within the analytic space. Psychoanalysis is built on confidentiality, both ways. The patient comes first, it is argued. The analyst’s mind must remain private. The boundary issue cannot be disavowed.

If that is what is happening. Like Williams, Hanscombe is no longer a child – a girl-child – seeking invisibility. Instead, using memoir as her medium, she teeters on the edge of what psychoanalysts might call discretion, and ‘boundaries" and speaks.  Perhaps believing she is writing about herself, some may lose sight of her intent to explore the cruelty of childhood silencing. Alchemies of secrecy and abuse create toxic enchantments.  Uncalled, her father remains protected, his wife and children remain in his thrall. There are no winners here.

The tension, as Inga Clendinnen wrote in her 1996 online essay, “Fellow Sufferers: History and the Imagination”, is in the recording and writing up of historical research, memoir included. Fiction makes us safe, she says. Even with Humbert Humbert’s sexualised charmer, Lolita, fiction is straightforward. We suspend belief, resonate with the experience, taking comfort in the fact that this is all made up. For historians and memoirists writing, the reality that many events occurred will haunt the page. Historians know that readers seek factual renditions. Readers will assume memoirists’ intent is description of actual events. In writing history, we must recognize how events in the lives of people, now dead, show their part in our formation. All the while we recognize that history is about the present. So when a memoirist writes, he is not writing of himself now, but interrogating a past state of mind. Perhaps he is actually writing fiction.

Simple, rational assertions are not always the correct ones. For Freud fifty minutes was long enough to sustain his attention to a patient on the couch. So, the fifty-minute hour has become the norm, along with remembrances of silent analysts, and their manner of interpretation. In the space thus created, it is argued, the patient is free of the disruptions of a past that led her to the analyst’s consulting room. The lens through which we view ourselves and others is more translucent than we would like. In psychoanalysis the patient’s experience of her own idiom, and discovery that she is other to her analyst, is the essential, but ongoing task.

If therapy is a conversation with oneself in the presence of another, what are the responsibilities of each?  An intrusion such as a sexual enactment, or boundary breach in the service of the analyst’s need is a serious violation. If an analyst chooses to write a book, which he states to be based on his own experience, is this such a violation? Or is it the saying so, that irks?

Posted by IP (Interactive Publications Pty Ltd) at 17:03 No comments: