IP is very proud of our Poetry Series. Born out of the ashes of the Penguin Poetry Series, IP has published an impressive range of established & emerging Australian and New Zealand poets, and, last year, our first American poet, the excellent Andrew Hubbard, with his delightful Things That Get You.

Recently, we dipped our collective toe into the anthology market with two ground-breaking books that were thematically related: Voyagers: Science Fiction Poetry from New Zealand and The Stars Like Sand: Australian Speculative Poetry.

In the most recent anthology, which features a Who's Who of Australian poets, as well as some emerging authors, the common denominator was New Zealand based Tim Jones, who edited Voyagers with Mark Pirie. The new anthology was co-edited by Canberra poet PS Cottier. Tim and PS worked over several months with our Senior Poetry Editor, David Reiter.

Poetry publishing is always a risky business, and even more so with such a specialised focus as "speculative" work. But as Mark Pirie said of Voyagers, "prose writers have had their way for too long", and it's time we showcased poets working in that mode.

Voyagers was a Listener Book of the Year in New Zealand, and we hope that The Stars wins the recognition it deserves here in Australia. Already a critical success, The Stars made it into the Big League this weekend, with an extensive review in the Sydney Morning Herald and the Canberra Times, and other Fairfax newspaper syndication hopefully soon to follow.

Peter Pierce's review is so detailed that we couldn't resist reprinting it in whole here. Thanks to Karen Hardy, Editor at the Canberra Times for making it happen! And to our Business Manager, the #Dalek, for reminding you to buy the book soon and share this posting with your networks so that you are not EXTERMINATED!!

One of the most enterprising, unusual and rewarding anthologies of the last year is The Stars Like Sand: Australian Speculative Poetry, edited by New Zealand writer Tim Jones and Australian poet PS (Penelope) Cottier. The key word in the sub-title is defined with an appropriate generality: "the speculative is the area in which we attempt to write what we can't possibly know".
The poets included range from the 19th century to the present, a much narrower temporal span than their poems, which travel millennia into the future and across galaxies. Bearing the latter point in mind, the editors note that theirs is a book "with a wide geography and an interesting fauna". They continue: "Here be dragons, true, but also zombies (traditional and vegetarian), werewolves, swagmen, poets small enough to fit into pockets, aliens of various sorts, angels, people made mostly of spare parts, or preserved wholly in DNA, and intergalactic tradies." 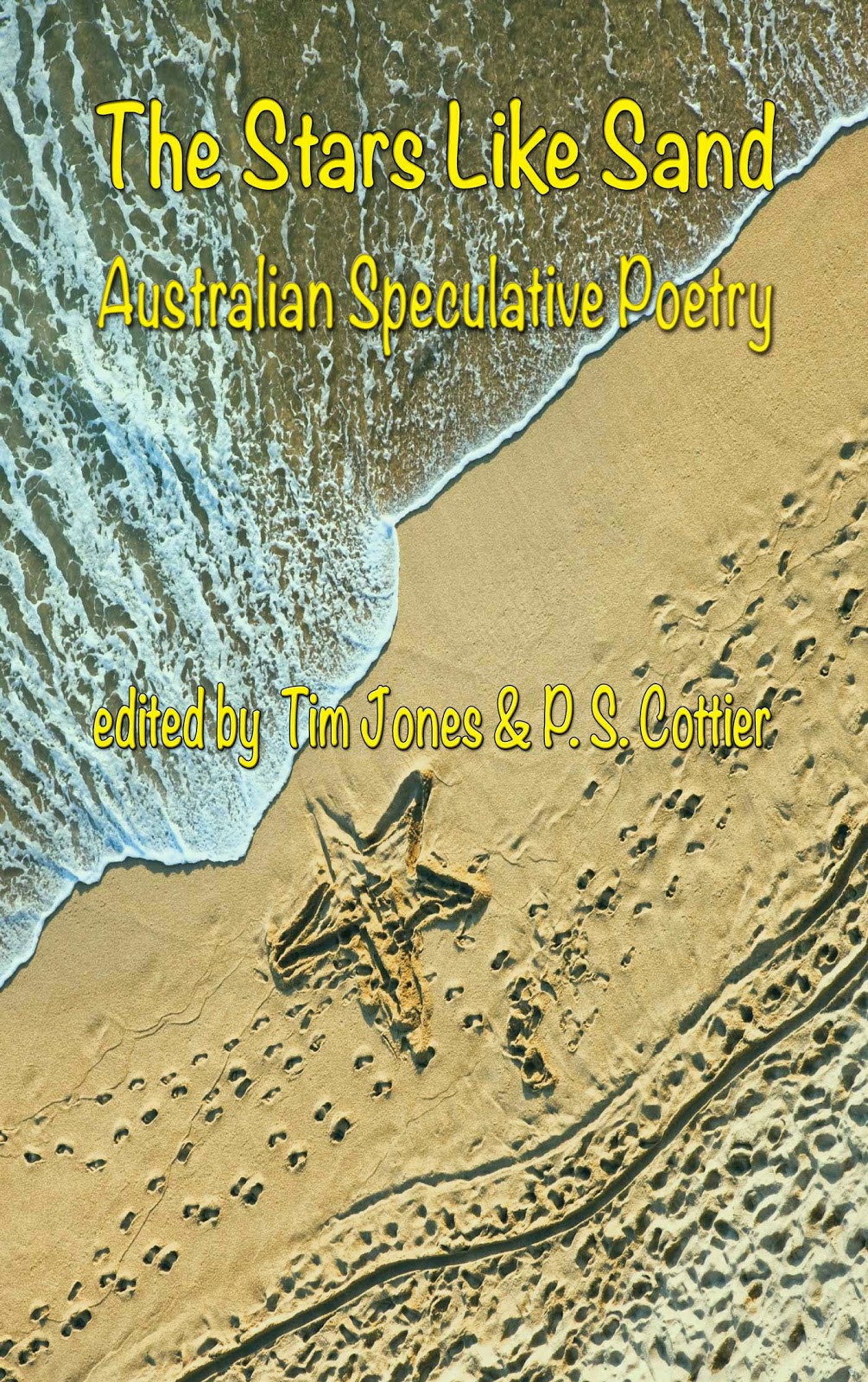 The collection opens with the controlled whimsy of "Tea and Stars" by the always engaging John Jenkins: "The mouse travelled to the stars/in a blue teacup". John Dolce's "Job for a Hyperdrive Mechanic" works with a wry matter-of-factness: "As I recall the ambient temperature/of the angular discharge tub/airlocked the anode rod". David Adès' travel to "The Three Moons of Tenoa" ends plangently: "how unimaginable a world/with placid seas, and no capacious moons/to sing serenades by". Travel is also the affair of S.K. Kelen's brilliant parody of a tourist brochure in "Flying Toasters". This of Kursa in Beta Eridani: "booking accommodation well in advance is wise though entirely futile". This first section also contains "The Last Man Out" by David Reiter, who is also the publisher of the admirable risk-taking Interactive Press that we can thank for this book.

In this splendid anthology, that entertains from start to finish, we find such colonial poets as J. Brunton Stephens in "The Courtship of the Future" (AD 2876) depicts a world where – even though people coupling have been "taught to draw the whole soul though/A foot of gutta-percha tubing"– sexual misconduct has not been eradicated. Tim Sinclair'svision of the future in "Silent City" is quietly mournful: "There is no sunrise or sunset in the city,/just a uniform, sourceless glow". In "The End of the World", Lawson's contemporary Victor Daley reveals a peevish and disappointed God who brushes Man off his knees: "With all its glories ripe/The Earth passed, like a spark/Blown from a sailor's pipe/Into the hollow dark". The Stars Like Sand shows us, in the work of the more than 80 poets included, much of that illimitable dark, as well as the flights of fancy and hope that can give brief and brilliant illumination. Seek out this book – admirable, and one of a kind. 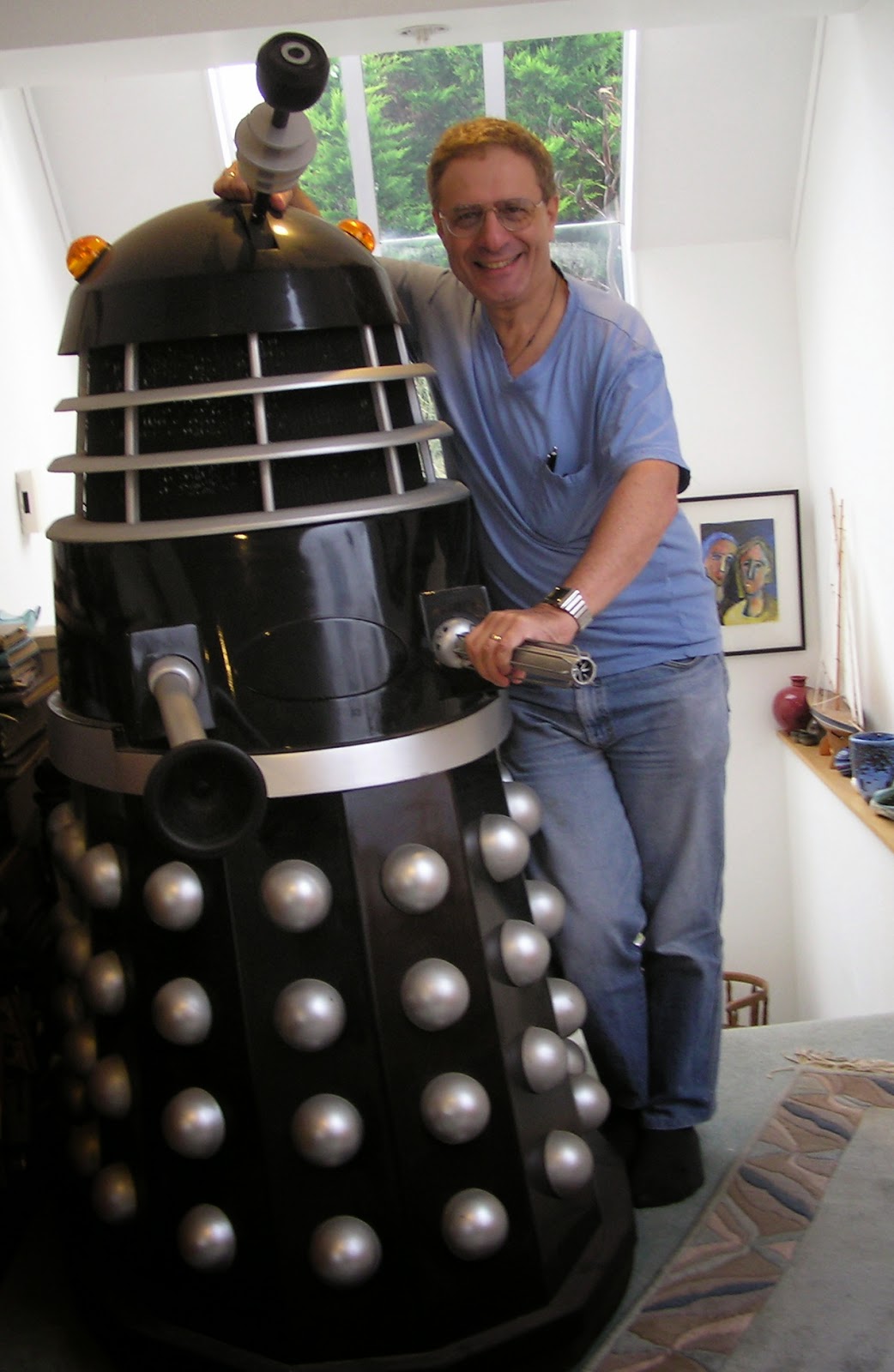 Posted by IP (Interactive Publications Pty Ltd) at 19:08 No comments:

Rod Usher has authored two previous poetry collections, three novels, and three non-fiction titles. His second novel, Florid States, was short-listed for the MIND Book of the Year Award in the UK, and his work appears regularly in leading literary magazines and anthologies. He has worked as a journalist, is a former literary editor of The Age, former chief-sub-editor of The Sunday Times, London, and a former senior writer for TIME magazine in Europe. 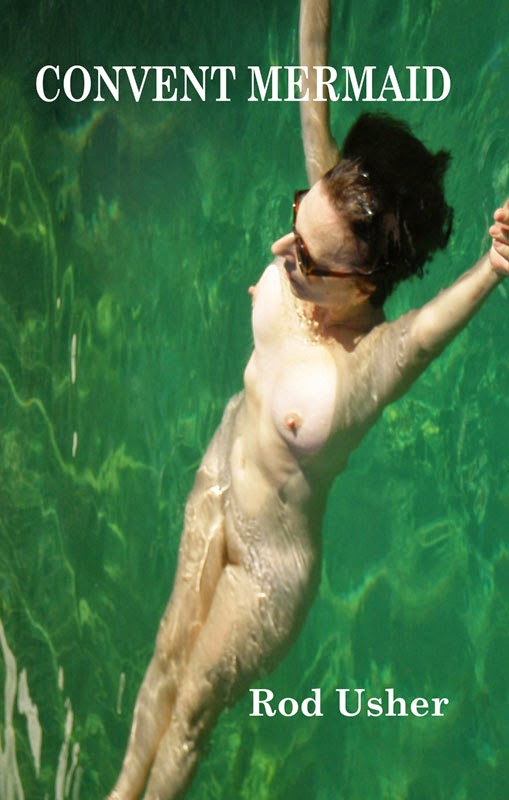 No surprise then that his third poetry collection, Convent Mermaid (Interactive Press, The Literature Series) is filled with imagery and wit, loss and sadness, themes universal to us all.

“First Hotel,” opens the collection, taking us on a wild ride from our ‘First Hotel,’ to arrival in the world. “If I Go First,” is the last poem, about dying and what we might hope for those we leave behind.

Many of Usher’s poems begin in a humorous vein and end on a serious note. One example is, “If Not More.” Here, a Cro-Magnon man enjoys the simple comforts of his cave while thinking of retiring from long days of hunting, though his wife is against the idea because she doesn’t want him ‘getting in her way’ all day. His children want to ‘move up a rung,’ and modernize the cave. The reader sympathizes while smiling – his predicament isn’t so different from twenty-first century concerns – until the final lines, when this husband and father ruminates on the meaning of beauty and we realize there are more important things in life than, ‘moving up a rung.’

One of my favorites is the deceptively simple, “Hard Rain,” an understated lament of loneliness and sadness over the loss of a pet:


tongue-lashes the bedroom window
water talking its way in
through the unsnug frame,
pooling on the tile floor.
I ought to get up, I say,
do some caulking with the red towel
that dried the dog before… 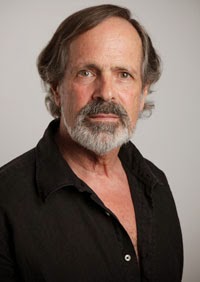 As in all good poetry, Usher’s poems contain more than meets the eye. His sly humor shines often, as in the title poem, “Convent Mermaid.” A modest, convent-bred girl sheds her clothes to swim in the nude. She is far enough from shore that a voyeur cannot see anything of note, but then he calls out with a request to take a photograph. At such a distance, she thinks, what could it matter?


Guesstimating distance to darkness of pine,
She treads the wrapping water, shrugs.
Once more she is supine.
He clicks before shyness can its shell resume,
Before Convent Mermaid has time to remember
Our camera has zoom.

Posted by IP (Interactive Publications Pty Ltd) at 23:37 No comments:

B.N. Oakman's Second Thoughts is a very different sort of book – much shorter for a start and a tight collection of free-standing poems. Some are related by subject matter, e.g. the poet's deep appreciation of the Spanish poet, Antonio Machado (1875-1939) and Spain more generally. Others have a reasonably savage political edge; still others are love poems to his partner, Barbara, who has been prone to serious illness in recent years. 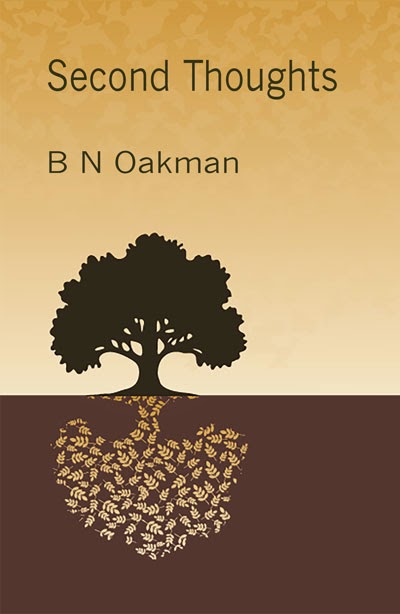 Nearly all the poems are strongly affecting emotionally, partly as a result of Oakman's unusual skill with last lines. These can turn quite suddenly in a new and disconcerting direction – or brutally sum up what we've just seen. This directness of feeling, along with Oakman's leftish political edge and fluency with different linguistic registers, brings to mind the early poetry of Bruce Dawe when he was making his mark on the somewhat conservative Australian poetry establishment of the mid-1960s.

Two early poems stand out in this regard – Neurosurgery and Watching TV News in Madrid, All Saints Day 2011. The first reminds us how, when visiting a loved one in hospital, we can also be deeply upset by the situation and fate of other patients we don't even know. Neurosurgery is constructed of simple observations, cleverly arranged, e.g. the rapid plot development in: "She'll be dead by now / The woman with bright curly hair / The one I saw in Admissions / She and her man and her boy and her girl." Later, the poet sees the woman's empty room and senses the impact her death has had on all three members of her family. The poem concludes: "And then I returned to another room to sit beside another bed / And I took a woman's hand in mine / And gripped it / Hard / Too hard / Much too hard".

The second poem, Watching TV News in Madrid ... is one of several set in Spain, often dealing with the impact of the Spanish Civil War.  Oakman watches an old man on the television screen whose "words defeat my  feeble Spanish". He is looking through graves recently excavated in "a town overrun by rebels early in the war. / The weeping man is Rafael Martinez. / He is 89 years old. He's searching for his father." 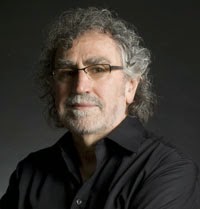 Among the other 47 poems in Second Thoughts, there are many of comparable quality. Don't read them in a coffee bar; you might well embarrass yourself by shedding justified but unseemly tears.
Posted by IP (Interactive Publications Pty Ltd) at 21:52 No comments: