Lindsey Little took time out of her busy schedule in rainy Tasmania to chat with us about her crazy adventures in creating James Munkers, the unlikely teenage hero of James Munkers: Super Freak, due for release in April! 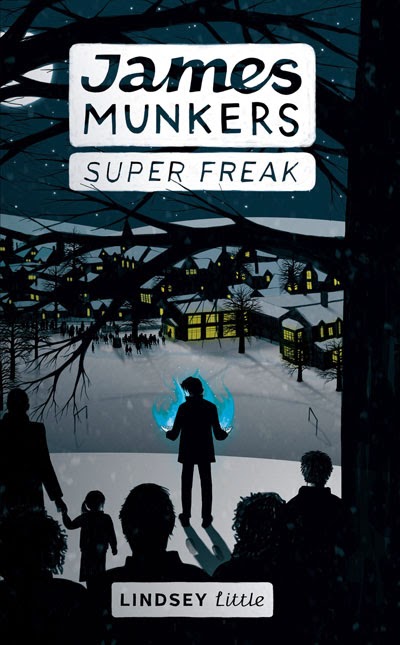 
And when you add a leather-clad maniac who haunts the back garden, the loopy girl at school with her messages of doom, a cryptic prophecy and a bunch of shadowy strangers intent on murder, it looks as though James won’t even make it to Christmas.

AB: One of the aspects of James Munkers that has always stood out to the IP Picks judges is James’s voice: cynical, irreverent and very convincing. Now, James is a 15-year-old boy. Given that you’re not, and never have been, how did you make his voice so authentic?

LL: I think it helped that James is a big girl (with no offence intended to James or girls). If I’d been writing from the point of view of a macho kind of guy I might have struggled with it, but James is in turn cowardly, whiney, pathetic, shy and physically inept. I’m sorry to say I can relate to all of these things, and remember with painful accuracy the awkwardness of being fifteen.

I think the real reason he works for me, though, is because his motivations aren’t gender-specific. He wants to be happy, have friends, not be embarrassed by his family every second of the day, and not be killed by maniacs lobbing daggers at his head. These are things we can all relate to.

AB: Were there any tricks you used, when writing James Munkers, to help you tap into his voice?

LL: Sorry, no tricks. I actually find it easier to write in James’s voice than in my own. He seems to have stronger opinions than I do, and a lot more happens to him, so there’s been many a time when not only can I tap into his voice but I can’t get him to shut up.

When I started writing James Munkers I did so without planning anything: no plot, no voice, no idea. James is just what happened. His voice comes very naturally to me.

AB: James Munkers is exactly the sort of book teenage boys will love: packed with fights, escapes, magical explosions and a healthy dose of humour. What was the inspiration for the story?

LL: I wrote what I thought my sister would like to read, which was easy, because that’s what I’d want to read myself. My only preparation for the book, in the absence of a detailed plot or character assessments or any clue at all, was to write down a list of things I wanted to include. At that point, I thought it might be the only book I’d ever write, so I crammed in all the elements I loved in other people’s books: the fantasy of Harry Potter and The Dark is Rising; the adventure and excitement of the Cherub books; the modern, funny narrative of Nick Hornby; the big, crazy family of Gerald Durrell and The Dark is Rising again. That’s what I read, so that’s what I wrote.

AB: The cast of characters you’ve assembled around James – siblings, friends, leather-clad maniacs, teachers – stand out as being both original and quirky. Are any of them drawn from real life – or aren’t you allowed to say?

LL: Just the twins. I don’t usually approve of twins in books – they are so often used as plot devices and are rarely portrayed properly – but seeing as I am a twin, I decided I could break my own rule. Interestingly enough, though, it’s not a case of my sister being one of the twins and me being the other. I’m neither of them. She’s both.

I tell you what, though – I found one of my characters in real life after I’d written him. When I met my supervisor for my masters’ thesis, I kept thinking, “I know you. Where do I know you from?” It wasn’t until a few weeks later that I suddenly went, “Oh my god, you’re Mr Lancer!” Exactly as I’d pictured him. So there you go.

AB: What’s the most useful thing you’ve learnt about writing, throughout the whole writing-and-editing process?

LL: That you can’t fix your book until you’ve written the words first. I used to check and recheck every word I wrote as I wrote it and, consequently, did not get very far. It was only when I eventually thought, “Screw you, words, I’m writing you anyway,” that I started to make progress. Now I write my first drafts in a frenzy, not thinking about plot or characterisation or anything, and often find that my instinct will kick in and the plot will develop naturally on its own. The first draft is about your guts; put your brain on hold until the editing begins. You’ll definitely need it then.

AB: And what did you find the hardest part about writing James Munkers?

LL: Starting, and stopping. I’d wanted to write a book since I was little, but it was such a daunting task that it took a proper kick up my arse to get me started. Once I got started, though, I couldn’t stop, which is my current problem. He’s being published soon, and I can’t keep tinkering about with him, as has been my habit for the last, oh, nine years. He’s a habit I have to break, and it honestly hurts.

My comfort is that he’s too good a character for me to just leave hanging, and I already have more adventures for him up my sleeve. But that first adventure? It belongs to my readers now, not me.

AB: James Munkers: Super Freak will be released in April. To find out more about the book, visit its website. You can also check out Lindsey’s blog and Facebook page. And James Munkers is so talkative that he just had to have his very own Facebook page, too.

Local Australian poet Murray Alfredson is off and racing with his second international review!  It's hard to hold a good poet down.


"Certainly not for the faint-hearted, Gleaming Clouds by Murray Alfredson is the work of an unsparingly brave poet who looks at life, just as it is and hard in face. With impressive and sometimes daring linguistic virtuosity, forever looking to amplify experience, find meaningful resonance, explore faith in its fullest sense and take honest comfort wherever possible.

Alfredson's translations from old Norse and 18th century German texts are also touchingly excellent - not only technically, but equally persuasive in their capture of nuance and a beautiful sensitivity of tone that seems to speaks directly to the very soul of our forebears.

[The] Gleaming Clouds is altogether a marvellous and impressively unique creative achievement that, for me, makes sense of one poets life lived always ambitiously and with consistent integrity.

You will struggle to find a robust literary read quite like this anywhere else in the contemporary canon and for that reason, it has my highest recommendation."

Posted by IP (Interactive Publications Pty Ltd) at 21:16 No comments:

The value of a 'New & Selected' collection

As Geoff Page wrote in The Australian this weekend ('New and selected Australian poetry'), the 'New & Selected' poetry collection always presents the interesting question of how to order the pieces - whether to order them chronologically (oldest to newest) or by topic, etc.  Will the reader prefer to read the poet's story from the beginning, or do they want to start with the latest exciting chapter?

Page says award-winning poet Jane Williams got it right in Days Like These: New and Selected 1998-2013 (IP, 2013).  She ordered her poems in straight chronological order, beginning with her first collection.  Take a look at this great review in the article:


"Days Like These, Jane Williams's 'New & Selected' has a rather different trajectory. Twenty-three years younger than [Rae Desmond] Jones, Williams did not publish her first book until 1998. A relatively late-starter needs to make up for lost time and a well-edited New & Selected is often a good way to consolidate a reputation. Thus Williams's straight chronological ordering here serves her well.

Williams' first collection, Outside Temple Boundaries (1998), from which she has retained only eight poems, shows, in comparison with more recent work, a certain tentativeness of manner and a poet a little subdued by her influences.

From The Last Tourist (2006) onwards, however, Williams is the mature artist with a style very much her own (though her preference for minimal punctuation is widely shared these days).

Williams also has an unfailingly personal slant on her subject matter, along with a talent for evoking character and situation in a short space. In poems such as 'Thirst', 'The Begging Bowl' and 'To the Burglar Boys' Williams's concerns are often not unlike those of Jones, namely the almost-accidental by-blows of an otherwise prosperous society.

There is also, however, a welcome degree of humour in Williams's work, and an unapologetic celebration of life, most notably in 'Ag Borradh', dedicated to a man
"back from the coma
which held (him) like worry

back from the fog ...
... back to bud and to blossom ...
... called back to the world
and its quivering song
praise the light we grow into
the dark we grow from".

This balancing of light and dark is a mark of Williams's maturity as a technically versatile and forceful poet."

One of our Amazon readers posted this about Blood by Peter Kay:

"This is truly a brilliant and amazingly well-written book. I found the story most intriguing, especially when it involved talking severed hands and heads, and a delightful love story thrown into the mix. I also felt that Peter Kay's words flowed very well and it all came to a great ending. It is a definite "will read again" book."
- Oklahoma reader, Amazon reader reviews 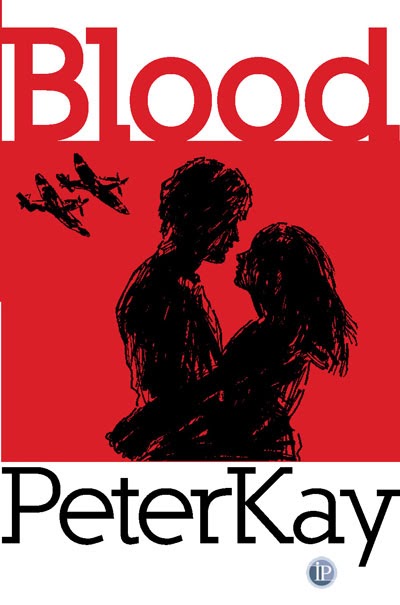