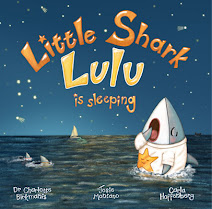 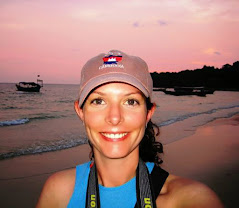 Dr Charlotte Birkmanis is a marine biologist, shark scientist as well as an author! Exploring so much about the life of sharks and other marine animals, Charlotte has been the perfect person to work closely with co-author Josie Montano and illustrator Carla Hoffenberg to bring readers an inside look into their children's picture book Little Shark Lulu is Sleeping! It's the first of several planned books in the Little Shark Lulu Series, so keep your underwater camera poised for the next one!

Q: What has been your favourite part of writing Little Shark Lulu is Sleeping?

A: I’ve really enjoyed working with such a great team. Josie and I have been friends for a while, so I jumped at the chance to work with Josie and it was fantastic to meet Carla. Together with David as book designer, it’s truly the ‘dream team’. Even though the team was based on both sides of Australia, the Zoom chats were so much fun. My favourite part would be when I shared some facts for the book (such as the sperm whales sleeping vertically or the parrot fish sleeping in mucous cocoons) and the others would say ‘wow, that is so cool’. That was definitely a highlight.

Q: What inspired you to create a children’s book?

A: I was bitten by the writing bug early and I’ve been writing fiction and non-fiction all my life; in fact, I won my first prize for writing in primary school with a poem that ended up being published. I love sharing fun ‘fin’ facts about our oceans, and so it was a natural progression from presenting and chatting about sharks and other marine critters to sharing what goes on at night time in the ocean through a kids' book. I was inspired by the questions that I would get from children (young and old) when chatting about marine animals. Often the reply was ‘that can’t be real’. But sometimes, fact is stranger than fiction!

I love it when shark lovers join citizen science projects and share in the fun of caring for our oceans. Get involved by sharing the fun facts behind Lulu’s adventures with your friends and family. You can find more details about these fascinating critters in the Teacher’s Notes that accompany Little Shark Lulu is Sleeping on the website.

Q: What is your favourite shark, and have you had the privilege of swimming alongside them?

A: I have swum with so many sharks in my career and no matter how many times I see them, it still gives me a thrill. The first shark I tagged was a lemon shark, so they hold a special place in my heart. I’ve done a lot of work on tiger sharks as well, and they are stunning creatures – especially the baby sharks with their stripes. I also love the open ocean sharks I study now, especially mako sharks, or as I call them ‘the Ferrari of the ocean’. The last shark I swam with was one of these open-ocean voyagers, a young silky shark.

Click here to buy your copy of Little Shark Lulu is Sleeping now!

Click here to watch the book launch of Little Shark Lulu is Sleeping!