A Sweet Tooth for Australia

Lois Shepheard is the author of several IP titles, including The Rag Boiler's Daughter, Memories of Shinichi Suzuki: Son of His Environment and Black McIntosh to Gold. An accomplished music teacher based in Melbourne, Lois has researched and written extensively on the migrant experience from Scotland to Australia.

Assistant Editor Imogen Sloss interviews her here about her latest book, The Sugar Doctor, which provides fascinating insights into 19th century Australian society and the foundations of the sugar industry. 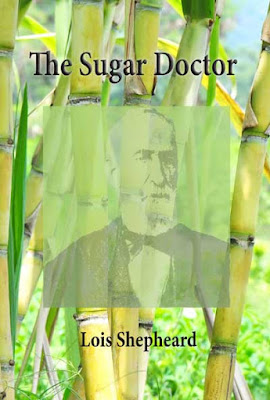 IS:  You have an interest in stories of migrants – what first drew you towards writing about Dr Skinner in particular?

LS: Dr Skinner brought my great-grandmother to Australia from Scotland. He himself arrived in 1839 and became the 62nd medical doctor to be registered in New South Wales. I was intrigued as to why he had come and interested even more when I found him listed in government records as buying quantities of land. He is documented as having lived in the Philippines and again I wondered why.

IS:  Other than the Sugar Doctor himself, in this book, who was your favourite character to research and write about?

LS: I don’t have favourite characters! I have stated historical facts and tried to envisage what life would have been like in Dr Skinner’s varying circumstances.

IS: What was the most surprising discovery you made while researching 19th century Scotland and Australia?

LS: In Dr Skinner’s case, it was research into his first wife’s background which led me to understand why he was interested in sugar-growing. He was already documented in some books on early New South Wales – as a doctor, never as a sugar grower. It was more a confirmation than a surprising discovery that all our early settlers came here for a reason and that we have to be very careful to research all available data before we write ‘historical’ facts.

IS:    How have Dr Skinner and his actions impacted Australia as we live in it today?

LS: The energy, vision, forethought and planning of such settlers as Dr Skinner laid the foundation of today’s Australia. 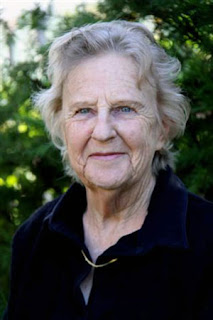 IS:    How do you think attitudes towards immigration have changed from the 19th century to now?

LS: Most Australians are the descendants of migrants. When those migrants arrived, this country welcomed them as much as it could. My own father came, with his parents, brothers and sisters, because of lack of work in Scotland. My grandfather quickly found work in New South Wales. I feel so sad when I think of today’s migrants who have fled difficulties in their own countries and are not welcomed here.

IS: How would Dr Alexander Skinner rate as a businessman compared to other nationally successful entrepreneurs of today?

LS: One could say he doesn’t rate highly beside a businessman of today  - given that he moved from place to place and from profession to profession, seemingly without due thought to circumstances. Today’s businessmen would be sure of the financial consequences of their actions. But Alexander Skinner lived at a time when there was no financial security. The very fact that he boarded a boat in the north of Scotland and sailed 10,422 miles to an unknown land proves how courageous he was and how convinced that he could make his vision a reality. If he had lived today, he would doubtless be a very wealthy entrepreneur.
Posted by IP (Interactive Publications Pty Ltd) at 22:41