Indigenous Australian Harold Hunt has lived an extraordinary life. Growing up in far north-western New South Wales during the Great Depression, Harold has lived to see all of the dramatic social changes that took place in Australia during the 20th century.

Harold’s new memoir, Along My Way, charts his life story, detailing how he went from being an alcoholic to an OAM recipient in recognition of his exemplary community service.

Prior to the launch of his book at WestWords 2016 and touring events in Sydney, Brisbane, the Sunshine Coast and regional New South Wales, we interviewed Harold to gain further insight into his very interesting life. 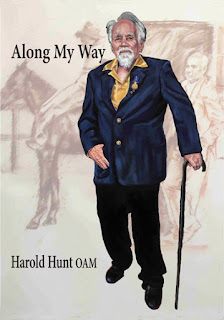 IP: What inspired you to write Along My Way?

Harold: I was inspired to write a family history that can be passed on down the generations. I wanted to show that regardless of where and how one begins, goals and dreams are achievable.

IP: What is your favourite memory from your childhood?

Harold:
The attitude that my mother had to life—she lived her life with love, courage, and honesty. I hope I have done her justice in Along My Way.

IP: You have lived through a number of societal changes, what is one change that you never expected to see in your lifetime?

Harold: I never expected to see Aboriginal people rise above poverty and hopelessness. Nowadays there is an opportunity for us to break into the academic field and become doctors, lawyers, business developers and managers.

IP: Following on from the previous question, what is something that you have done in your life, that you never thought you would have the opportunity to do?


Harold: Due to only having a primary school education, I never thought that I would be able to anything other than physical work. But in my life I have been lucky enough to do many different things, including working for the New South Wales Health Commission and the Attorney-General’s later on in life.

IP: In Along My Way you move around a lot, how did you make the transition from growing up in the bush to living in the city?

Harold: Having overcome my alcohol addiction, my horizons widened. My wife and I had many discussions, and with her encouragement, the transition was not too bad. We believed that there was a wider range of opportunities in the city.

IP: You have spent a great deal of time with Alcoholics Anonymous as part of your recovery from alcoholism, do you think this is an effective model for recovery?

Harold: Alcoholics Anonymous operates worldwide and is definitely the most effective form of treatment for addictions of all kinds. It has been functioning exceptionally well in Australia for almost a hundred years now.

IP: In 2014 you received an OAM for services to the community, how has this award changed your life?

Harold: The Order of Australia award has not changed me at all. I had already received my rewards in the process of doing the work and being able to help others. However the government must have recognised my work, and it was for this which I received the OAM. I believe my OAM can and will be a great inspiration to other people who began in similar circumstances to what I did. 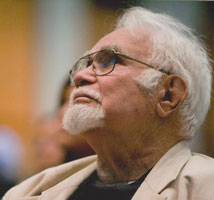 IP: Tell us about your involvement with the apology speech to the Stolen Generations given by Kevin Rudd. How did it make you feel?

Harold: I just felt that it was at last the decent thing to do.

IP: I believe you also attended Paul Keating’s Redfern speech, in which he publicly addressed the relationship between Indigenous and non-Indigenous Australians for the first time. What are your thoughts on the effectiveness of the Royal Commission into Aboriginal deaths in custody, which took place around the same time?

Harold: Twenty-five years ago the Australian Government established a Royal Commission into Aboriginal deaths in custody. Ninety-nine cases were examined and 339 recommendations were made. Since then only about 20 of those recommendations have been implemented and not unexpectedly, there has been an increase in deaths in custody since. It seems to raise the question of whether governments have had the political will to enact the recommendations proposed by the Commission. Furthermore, why do governments set up Royal Commissions knowing that they are not legally bound to comply with the Commission’s findings? My view is that the government is falsely telling the public that changes will be made. Where does that leave people like me who believe that a facility as high as a Royal Commission should ensure change?