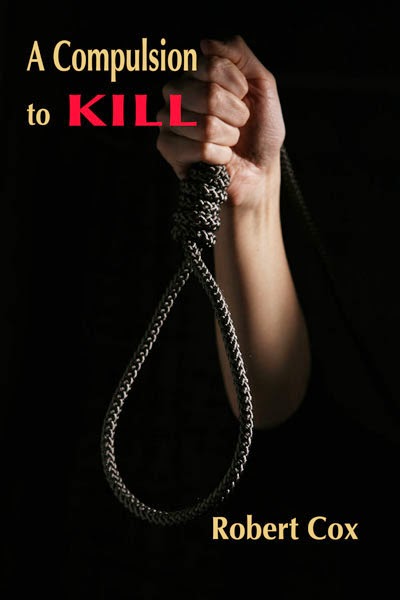 A Compulsion to Kill is like no other! Investigating the lives of the murderous and heinous, Robert Cox brings Australia’s earliest serial killers to life in a gripping page-turner.


Cox sat down with Editorial Assistant Sarah Trapski to have a quick chat about his new book.
Sarah Trapski: With your previous work, Baptised in Blood, and now A Compulsion to Kill, it’s obvious you’re not one to shy away from historical research. What, in your opinion, is the big draw?
Robert Cox: History has always fascinated me. In Tasmania it’s all around you; you’re standing in it or leaning on it or living in it; it’s very unlikely to have disappeared under concrete and steel. But I’m a reader rather than a historian, so my interest isn’t in the dry old stuff of formal histories, like policies and administrations and economic fluctuations, but in the people, the personalities, especially the lesser lights, the ordinary people whose flame briefly flared in some way: convicts, bushrangers, Aboriginal people. And serial killers, of course!
ST: A Compulsion to Kill is about Australia’s earliest serial killers. Researching the history and lives of Charles Routley, Alexander Pearce, and John Haley, just to name a few, would have been a monumental task! How did you go about it?
RC: I’d written about the virtually unknown Charles Routley, Tasmania’s worst serial killer, in a previous book, which got me to wondering whether there’d been other serial killers in the state who’d also been forgotten. Alexander Pearce has been much written about and his story’s also been filmed a couple of times, so he was fairly easy. For the others, I had to rely on books, contemporary newspapers, historical documents, and, in a few cases, websites. It’s quite fascinating when you start with just a name and perhaps just a detail or two but nothing else to go on, then eventually manage to build a picture of a life or an event, bit by bit, through assiduous research.
ST: Any tips for budding historians out there?
RC: I have to say I don’t consider myself a historian; I have no qualifications or training in that discipline. I’m just a writer who happens to like historical subjects. Like Autolycus in The Winter’s Tale, I’m a snapper-up of unconsidered trifles, which isn’t a bad thing, given what I do. Like a patchwork quilter, I gather a scrap of fabric here, a scrap of cloth there, and stitch them together into what I hope is an interesting whole. All of which is a rather verbose way of saying: leave no stone unturned. Cast the widest possible net. Accumulate scraps large and small. Send Google on wild and imaginative searches. But where possible, rely only on original sources.
ST: Out of the list of serial killers you documented in A Compulsion to Kill, who did you find the most fascinating?
RC: Probably Rocky Whelan, not least because he operated in areas near Hobart that I know well. Also Thomas Jeffrey. Jeffrey was a warped individual, a sadist, a sexual predator, a killer and cannibal. But Whelan was simply a fairly minor career criminal who underwent a horrific 20-year brutalising in the Norfolk Island penal colony, which hardened him and probably turned him into a killer. When he was transferred to Tasmania, he absconded and in just 24 days killed five men in cold blood. 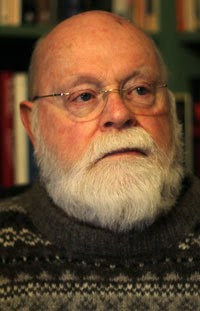 ST: A Compulsion to Kill is your sixth book. Is writing compulsive for you? Or do you enjoy the research more than the writing?
RC: I do enjoy the research, especially when it rewards me with something new or unexpected. But writing … I don’t know whether compulsive is the right word for me. I just do it — I write every day — and it’s fulfilling and hugely enjoyable, even when it’s not going well. Then it becomes a challenge to get it right, and I enjoy that too. I rewrite constantly —compulsively, even!
ST: What are your thoughts on Jack the Ripper? How does he compare to Tasmania’s killers?
RC: Jack the Ripper was insane; I don’t think anybody would dispute that, especially anyone who’s seen post-mortem photographs of his victims. But I wouldn’t readily say that about Tasmania’s colonial serial killers. They nearly all seem to have had clear motives for what they did: Brown and Lemon killed for revenge, Pearce and Broughton and McAvoy to avoid starvation, John Haley through losing his uncontrollable temper. Routley, Jeffrey, and Whelan, although they killed to prevent being identified by men they’d robbed, all seem to have increasingly enjoyed exercising their power over their victims — the power of life or death. The more they killed, the easier it seems to have become. Jack the Ripper, probably fuelled by an insane rage whose cause we’ll never know, seems to have found murder easy right from the outset.
ST: Do you think reading this book will affect the way Tasmanians view their State?
RC: I hope so. Tasmanians, especially those who come from pioneer stock, are very protective of their history, but all too often they see it through the rose-coloured glasses of hearsay and ignorance and don’t want to face uncomfortable facts. Some terrible things happened here in the early days, but there’s a part of the population that simply doesn’t want to know about them. My last book, the first history of the town of Sorell, which took me six years to research and write, was traduced by so-called historians with local roots who claimed I had it all wrong, but none of them has yet produced an iota of evidence to support the claim because none of them has ever bothered to do any real research. I can’t see A Compulsion to Kill being on their reading list. Too much truth!
ST: What’s your next project?
RC: One’s already with the publisher: Behind the Masks, a collection of friends’ reminiscences about the late and much-esteemed Tasmanian poet Gwen Harwood, which I co-edited and contributed to. My other projects are a New and Selected Stories, which is nearly complete, and Broken Spear, a biography of the Aboriginal leader Kikatapula, or Black Tom Birch. After being raised partly in a wealthy Caucasian family, he went bush, started and led Aboriginal resistance in Tasmania’s Black War of 1823-32, then changed sides to work against his own people, yet the great majority of Tasmanians have never heard of him. His story has never previously been told, and he’s wholly absent from a truly astonishing number of history books, even those about the Black War.