Michael Cohen at the Tucson Festival of Books

On a sunny afternoon in Arizona, author Michael Cohen signed copies of his book at the Tucson Festival of Books.

We asked him to blog about the festival, and here are his impressions...

'I signed copies of my essay collection A Place to Read at the Tucson Festival of Books on Sunday, March 15th. This two-day book fair is held on the University of Arizona campus under old palm trees in the warm, dry air of southern Arizona. 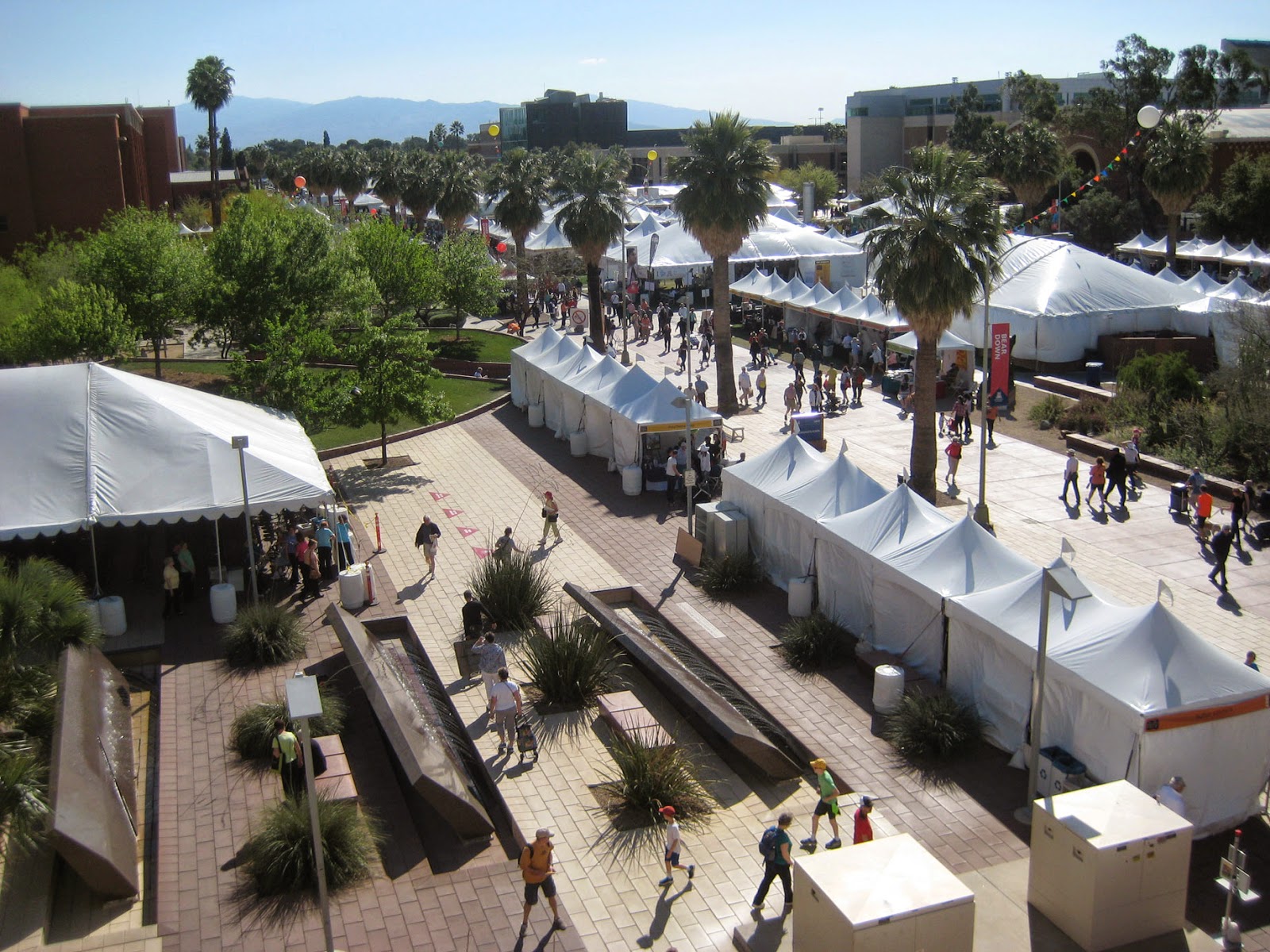 Already in just its seventh year, the festival has grown to be the fourth largest in the United States, attracting 130,000 readers, who come to see their favorite authors, 350 of whom give individual talks, workshops, and panel discussions.

Many more authors can be found autographing their books at the authors’ pavilions and the booths of publishers and booksellers. Over three hundred exhibitors show their wares at the festival. Attendance is free for the public, but proceeds from booth rentals and other fees (over a million dollars so far) are donated to local non-profit organizations that promote increased literacy. 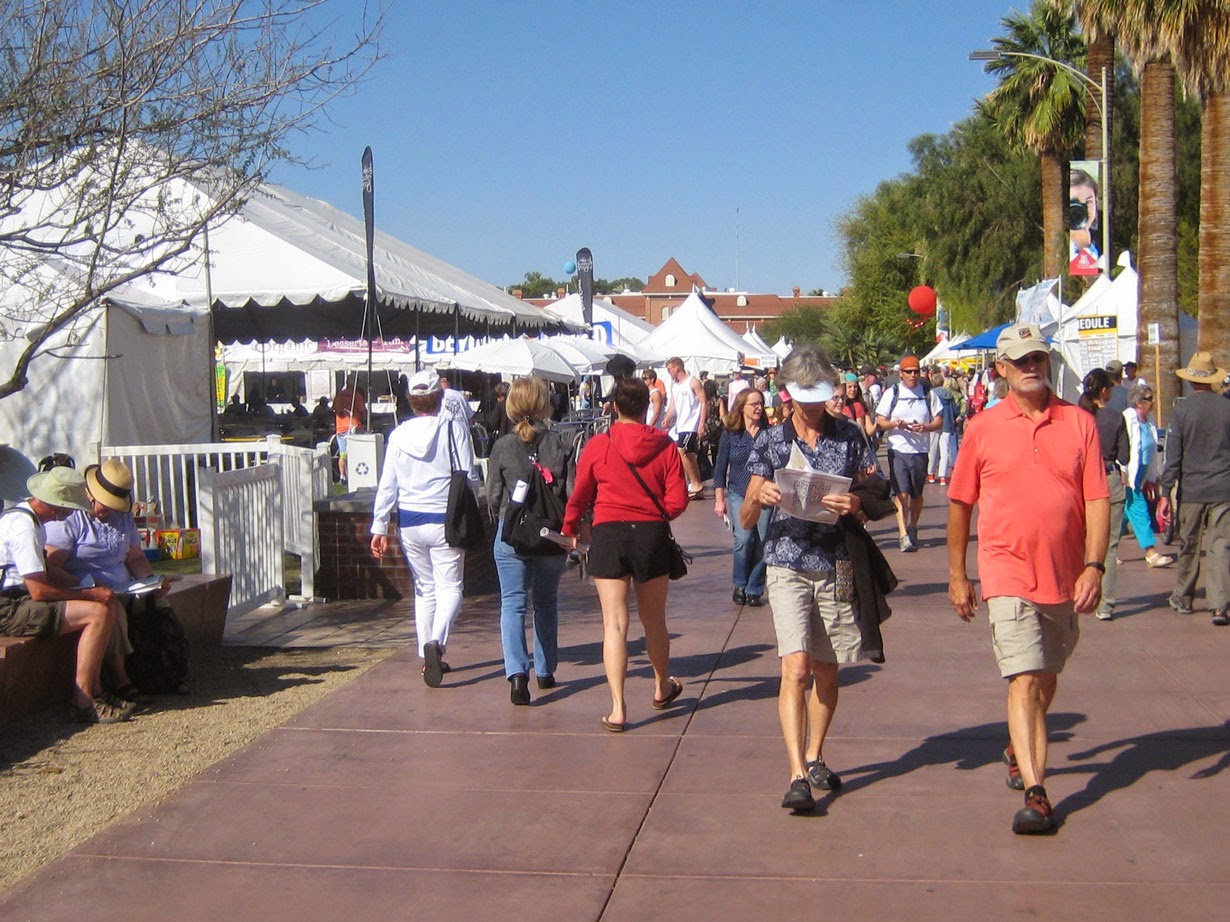 This year a visitor could have attended talks by Joyce Carol Oates, Noam Chomsky, Iris Johansen, Dave Barry, Scott Turow, Amy Tan, Jim Harrison, Alice Hoffman and dozens of other best-selling authors. The emphasis was on books, but Arizona Congressman Raul Grijalva and columnist Katha Pollitt spoke on a panel celebrating the 150th anniversary of the liberal weekly The Nation. 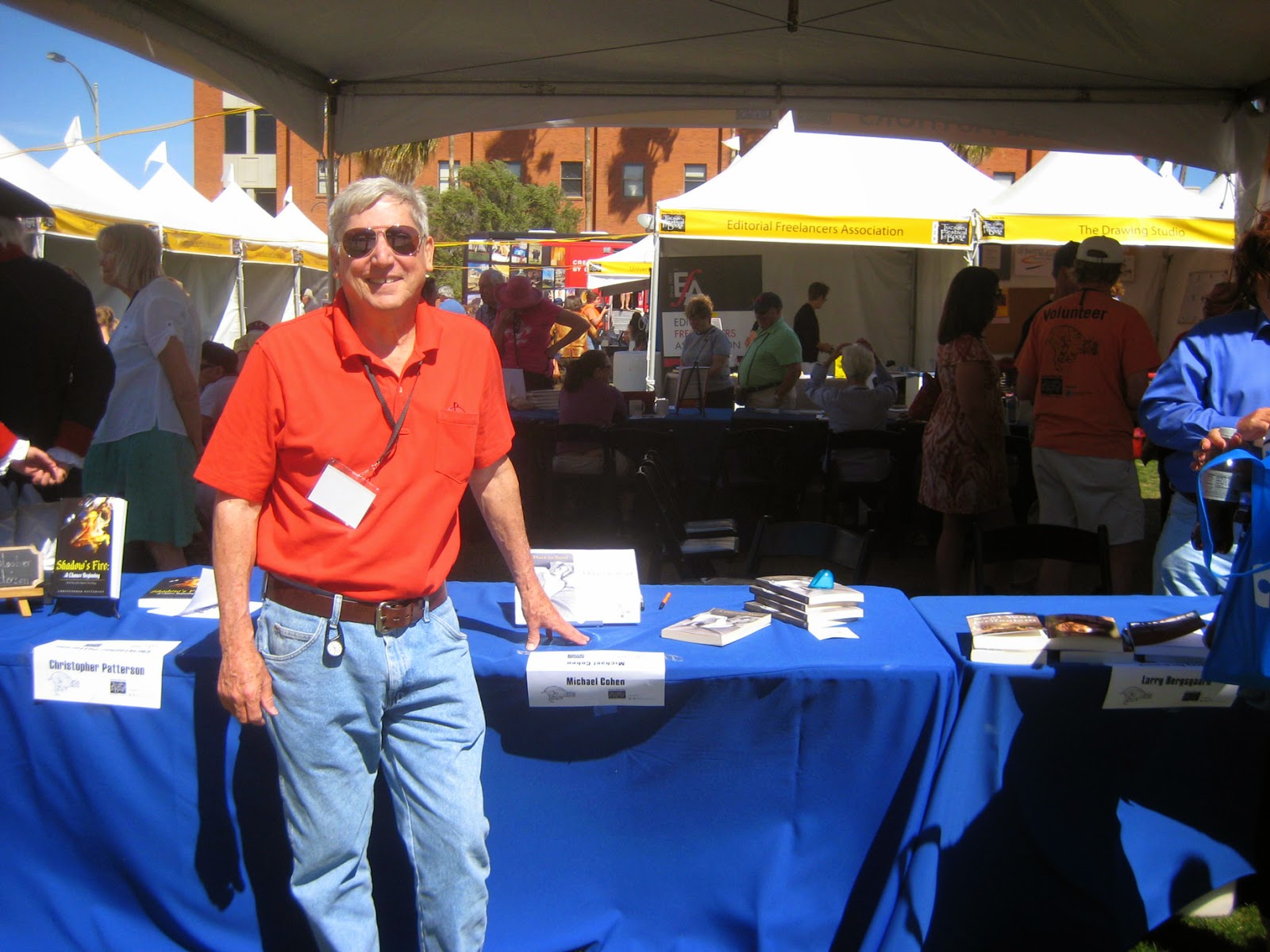 Promoting her memoir and spy fiction was Valerie Plame, the ex-CIA covert operative who was outed by Dick Cheney’s chief-of-staff Scooter Libby (who went to jail for it) after Plame’s journalist husband had published articles critical of the Bush administration.

Genre writing of all kinds was well represented at the festival, and so were children’s and young adult fiction. There was a little something for every reader’s taste. For most of the two-day festival, a stiff breeze shook the white tents of exhibitors up and down the university mall, but the crowds were undeterred.'

To order, Michael's book in either physical format or as an eBook, please link to our online Store.


Posted by IP (Interactive Publications Pty Ltd) at 20:37 No comments: Posted by IP (Interactive Publications Pty Ltd) at 20:51 No comments: